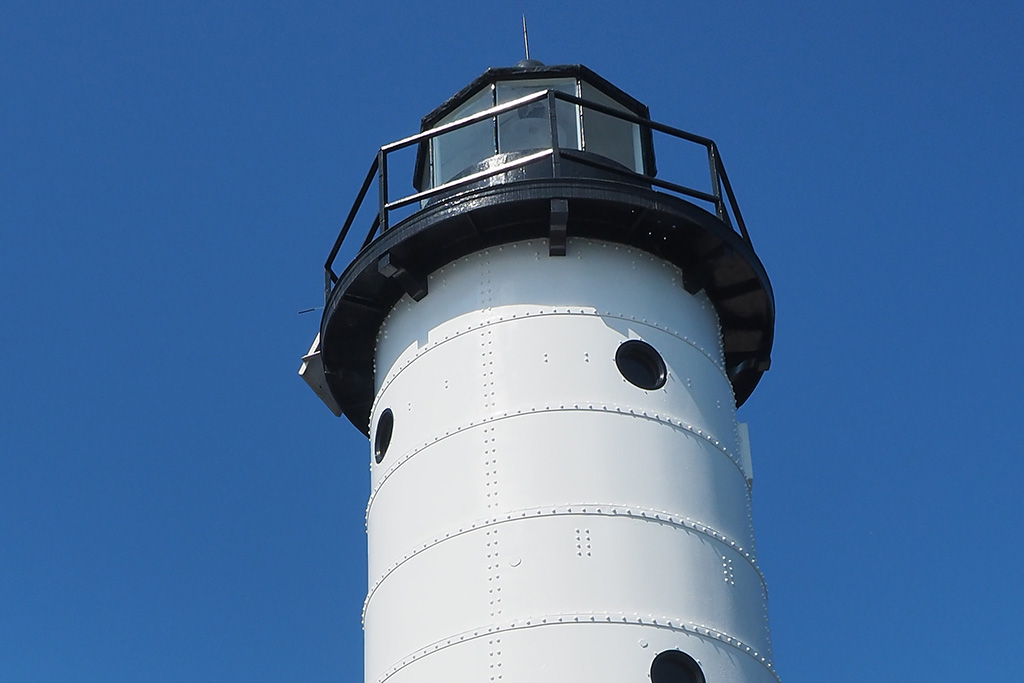 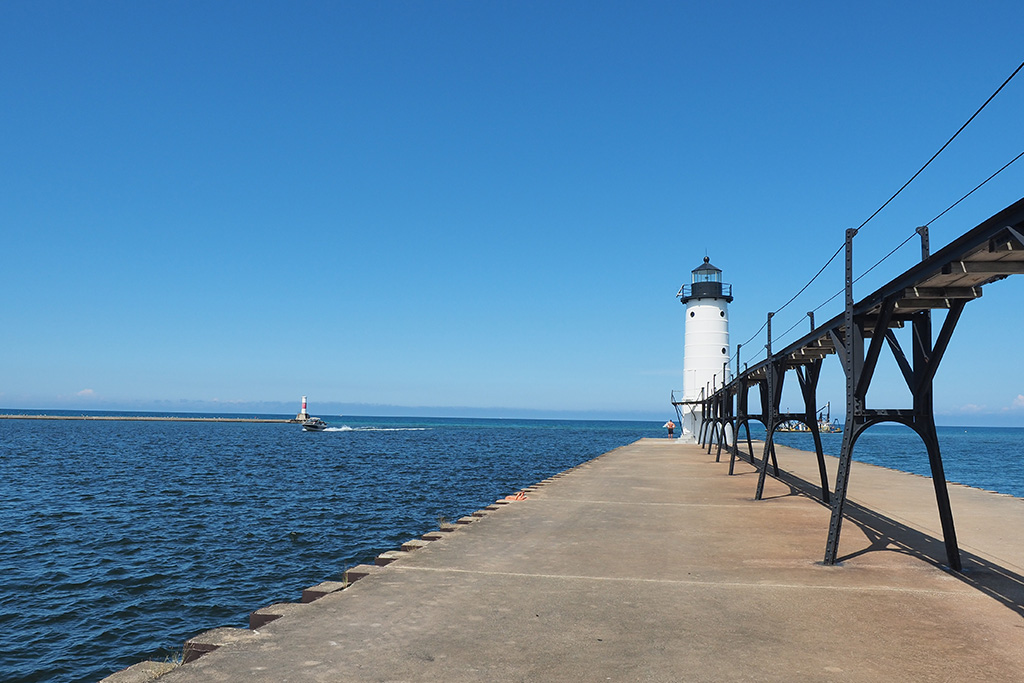 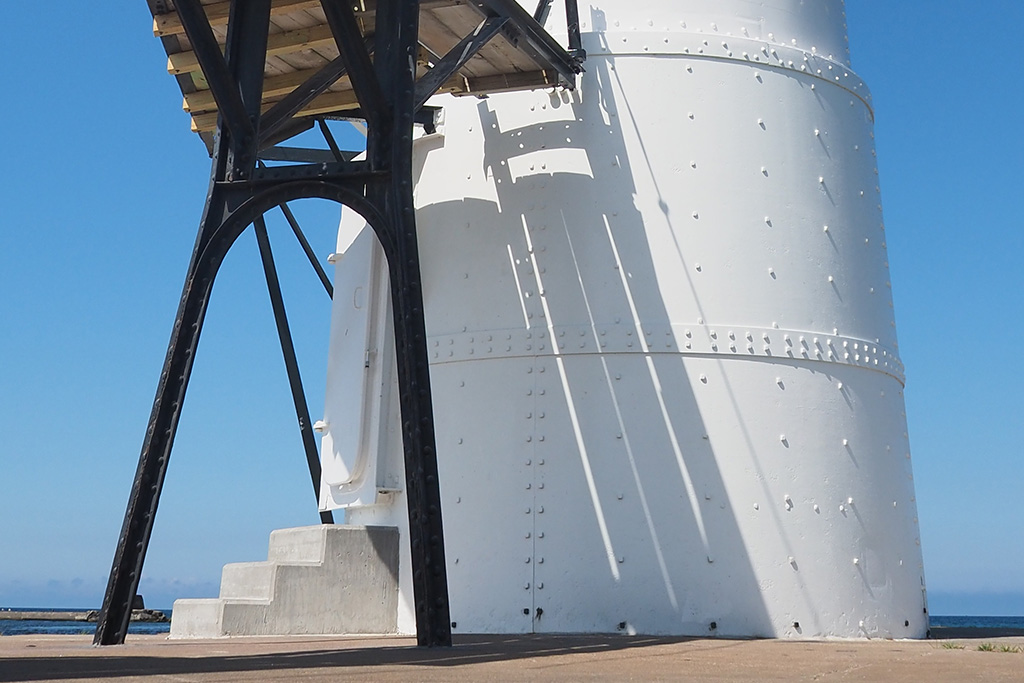 As early as 1850, residents of Manistee commenced actively seeking a lighthouse to mark the entrance of the harbor to Lake Michigan. Their efforts came to fruition in 1869 when the United States government built a dwelling near the mouth of the Manistee River and placed a light atop a short tower on the roof of the dwelling. It was this light which was lost in the Great Fire in 1871 with replacement the following year. In October of 1875 the light was moved to a small skeletal tower at the end of the south pier. It was at this time that an elevated walkway (commonly called a catwalk) was built to provide access for the keeper in inclement weather. The present walkway is the evolutionary embodiment of the original having been modernized, extended, and moved several times.

In the 1880s the light atop the dwelling was re-established providing a range system to guide vessels to the harbor entrance (a range is defined as when both lights are seen together from the Lake, indicating a vessel is on the proper course to safely enter the harbor). In 1889 a steam fog signal was placed alongside the light tower at the end of the pier and the lightkeeper’s responsibilities were expanded to include the maintenance of this apparatus. Several years later the tower, light, and fog signal were moved to the north pier and by 1927 this steel lighthouse was constructed on the site.

The Coast Guard Station in Manistee began operating in 1879 as the United States Life Saving Service in a building near today’s Fifth Avenue Beach.

Since then Manistee’s local station has served local residents, visitors and Great Lakes vessels over the years.

In 2005, a new 14,000 square foot structure was constructed for the Coast Guard which is located in the same area as the former structure.