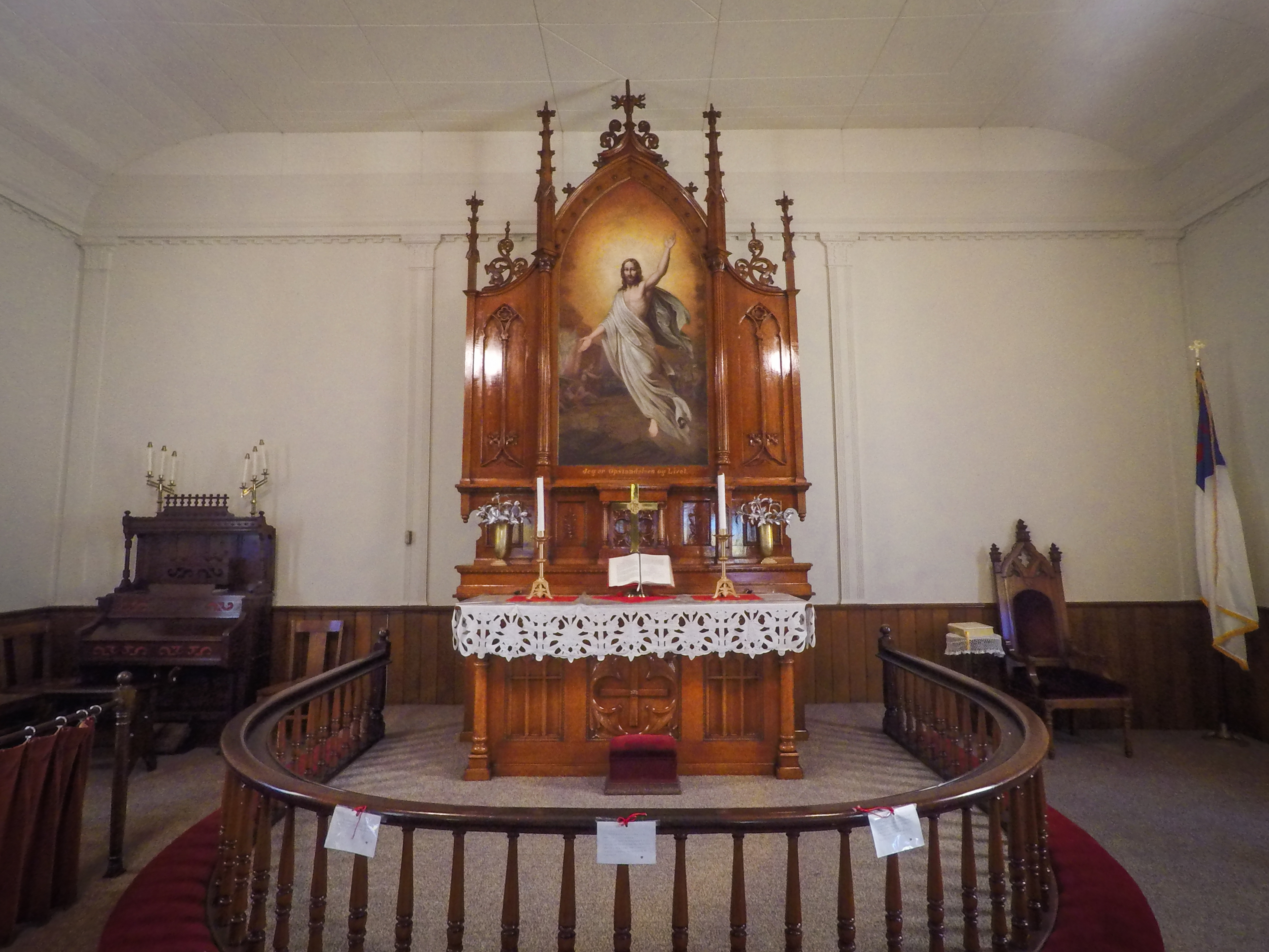 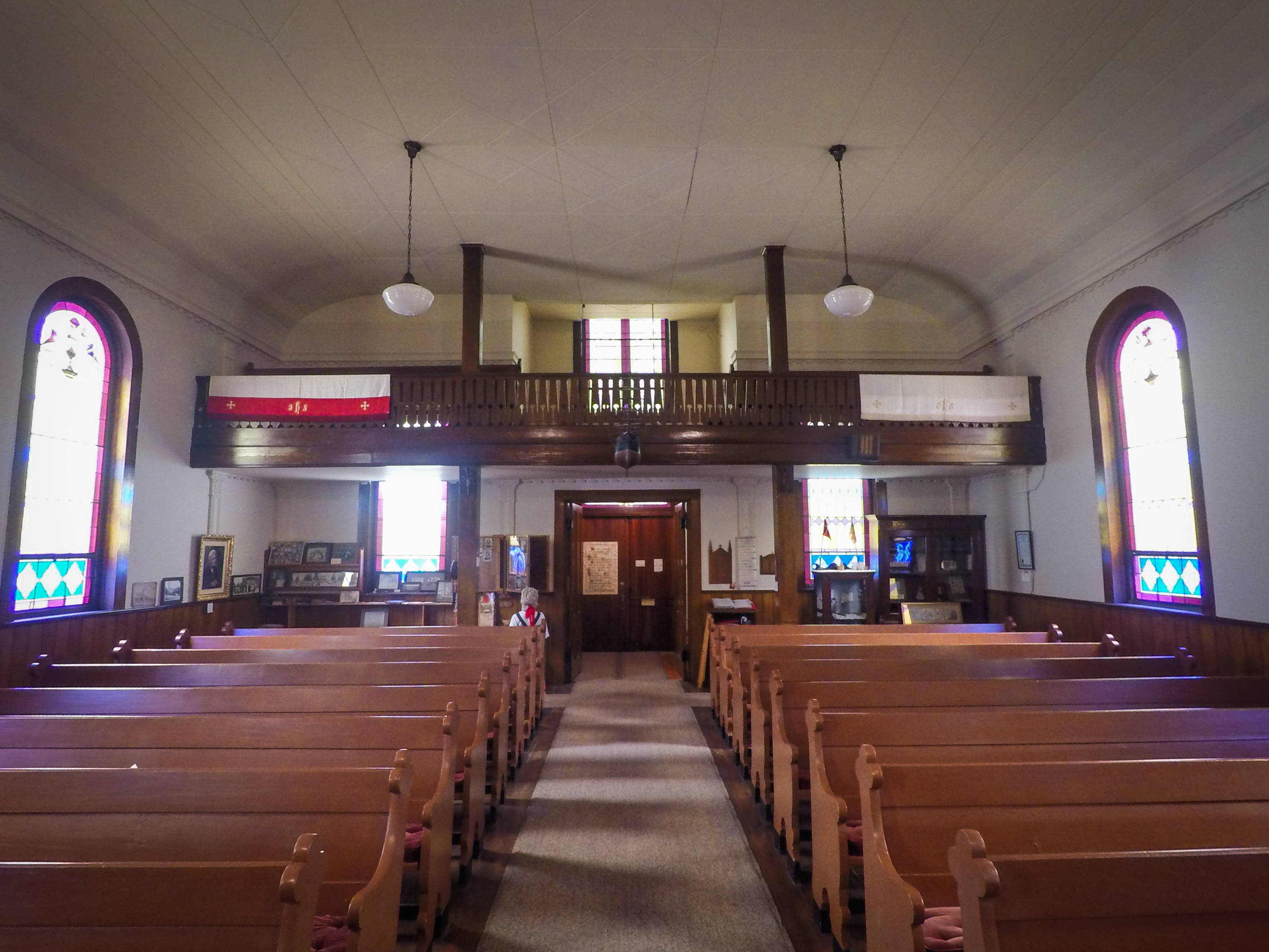 The first Dane arrived in Manistee in 1860. Others quickly followed and soon there was quite a colony. The Danes united with the Norwegians and Swedes already settled in Manistee and a church was formed.

In May of 1868, the Scandinavians held a special meeting and selected a committee to assist with the building of a new church.

Within days, two lots on Third and Walnut streets were purchased for $700. Christian Petersen received $300 to design and build the structure. Ground was broken in late May.

On August 1st, 1869 the first service in the new church was held despite the fact that it was without pews and was unplastered.

The church is a fine example of beautiful 19th century Danish architectural influences, featuring decorated gables, a spire, belfry with louvered openings, an elaborate hand carved altar and an intricately carved replica of a Viking ship, complete with masts, sails, rigging, boom and rudder. Over 130 years later, the ship still looks our over visitors form its perch on the balcony railing.

In January 1970, the church consolidated with the two other Manistee Lutheran churches. And in 1972, it was added to the National Register of Historic Places.

Today, It is considered to be the oldest existing Danish Evangelical Lutheran Church in America. The church is open to visitors in the summer and includes a museum about the Danish-American history of Manistee County.