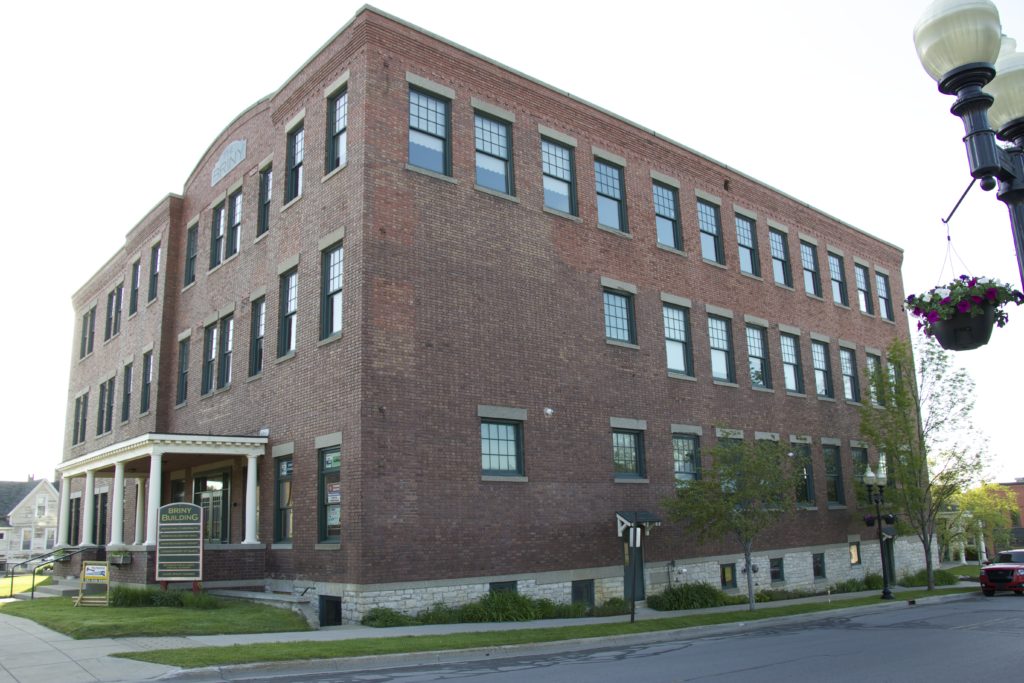 Because Manistee was said to be one of the major salt manufacturers in the United States, the Briny Inn became an offshoot of that industry. Originally used as a bathhouse, the Briny Inn offered mineral baths, from the brine substance pumped up from area salt wells, that were thought to relieve arthritis, rheumatism, and other illnesses.

Opening in 1904, the bathhouses quickly became a popular attraction for visitors and residents alike. Three years later the building became a hotel and significant alterations to the original building took place, including the addition of a third story.

In February 1917, fire broke out in the boiler room eventually engulfing the entire building in flames. When the owners chose not to rebuild, the local Board of Commerce worked together with the owners of the Cooper Underwear Company to purchase the property and construct a building to use as a factory. Additionally, the building was built to match the former Briny Inn.

After Cooper Underwear disconitnued local production in 1928, the building was sold in a public auction for $1 to the Board of Commerce. In 1932 the Manistee Shoe Manufacturing Company purchased the property for back taxes and operated inside until 1959. The building later became a warehouse for Ex-Cello-O Manufacturing Services and was renovated in the mid-1990s.