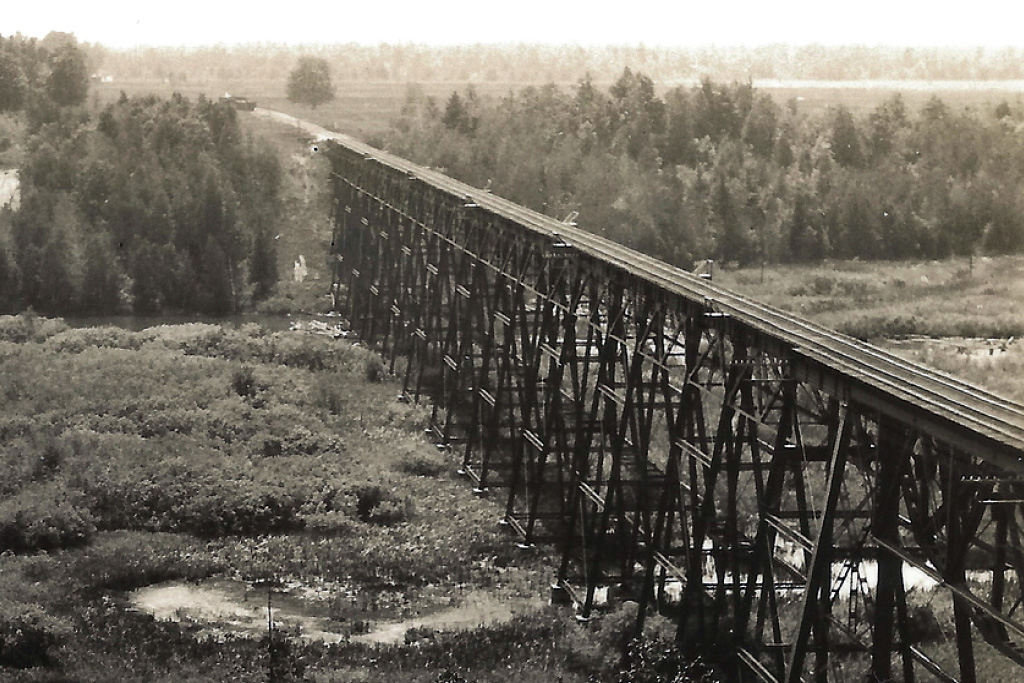 In the late 1880s a 96 foot high/1,200 foot long iron truss railroad bridge called High Bridge, was constructed across the Big Manistee River. The bridge was used primarily for the then Pere Marquette Railroad and later Manistee and Northeastern Railroad. This was the highest rail bridge in Michigan at the time.

After nearly seven decades of use the bridge was torn down in 1955 and replaced by a two-lane country road bridge. The foundations and a few pilings of remnants of the once magnificient structure can still be seen today.