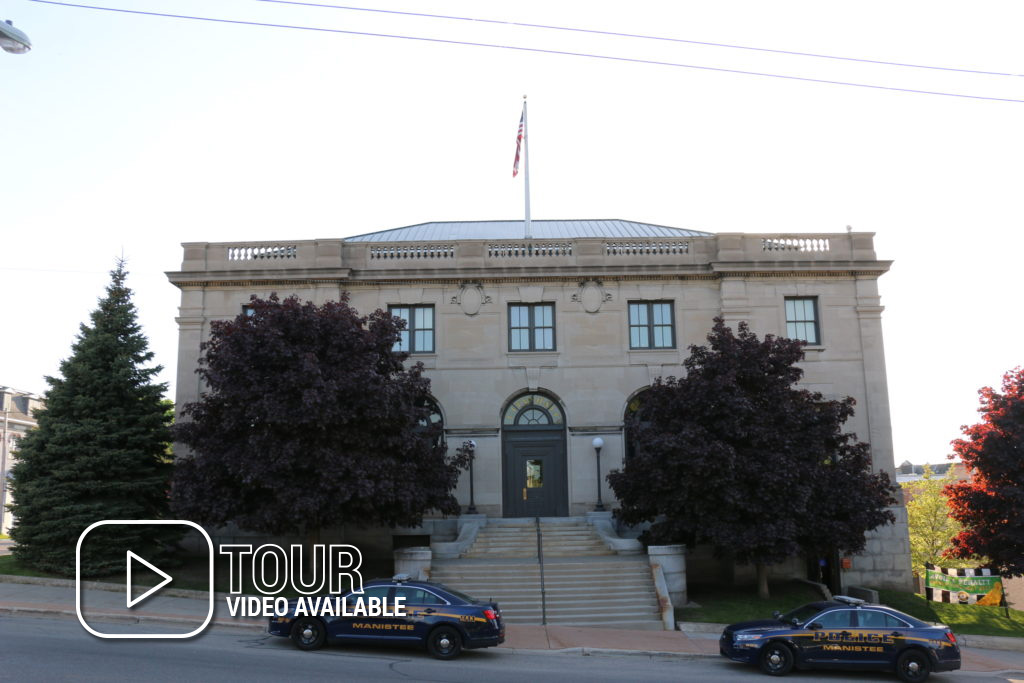 The building that houses Manistee’s City Hall was originally built for the purposes of a new post office in 1909.

Often referred to as the Federal Building, the construction of the building took two years to complete and was constructed under the direction of a Supervising Architect of the United States Treasury Department at a cost of $88,000.

The style of the building is Grecian and was adapted to then early 20th Century needs. For over 50 years the Federal Building housed the post office as well as various governmental offices on the second floor.

However, by the early 1960s, it was decided that a more modern (and smaller) building would better accommodate the post office. A new building was constructed on Filer Street for those purposes which opened in 1962.

Two years later, the city purchased the former Federal Building and in 1965 remodeled it to house the city offices.

In 2003, a complete renovation helped restore the grandeur of the building’s architecture. One of the main enhancements was the creation of beautiful city council chambers in the existing attic space. Roof lines were altered and a panoramic view to Lake Michigan was created. You can see this in the photo below.