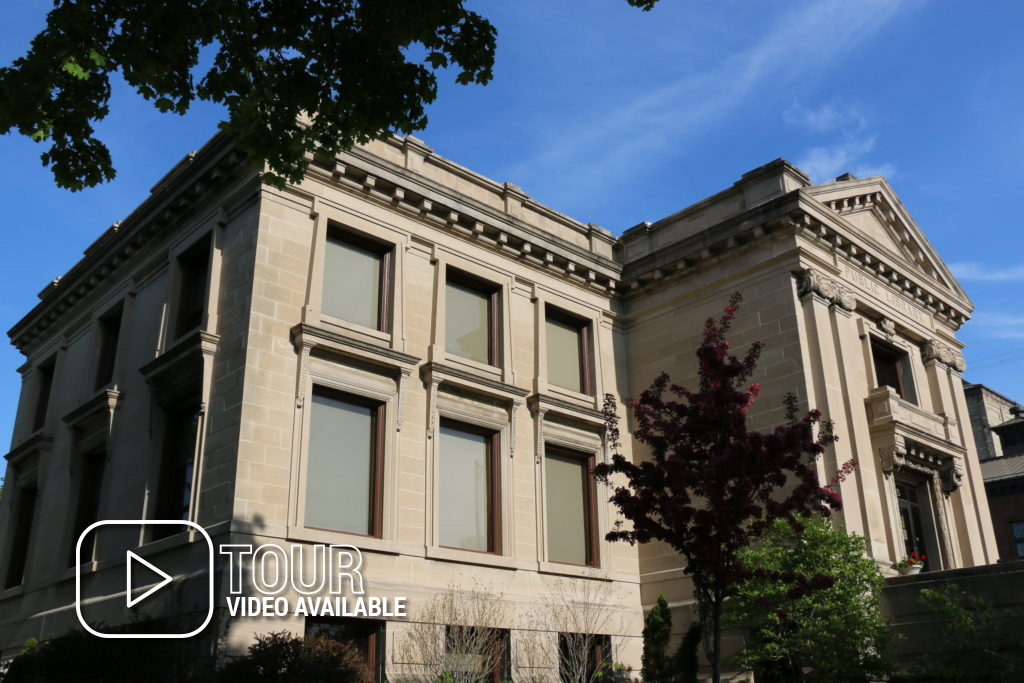 This Andrew Carnegie Library is a registered State Historic Site and listed on the National Register of Historic Places.

In 1885 a group of Manistee society ladies formed the Lakeside Club, whose primary goal was to create a library.

In 1902 the Lakeside Club joined forces with city officials and the local literary society and successfully campaigned for a public library that was to be funded in large part by The Andrew Carnegie Foundation.

The work of raising funds to purchase a site for the library was continued by the Lakeside Club and by 1903 construction commenced.

The cornerstone for the new building located on Maple Street was laid on August 21, 1903. Work continued through 1904 and on April 28, 1905 the library was dedicated and opened to the public.