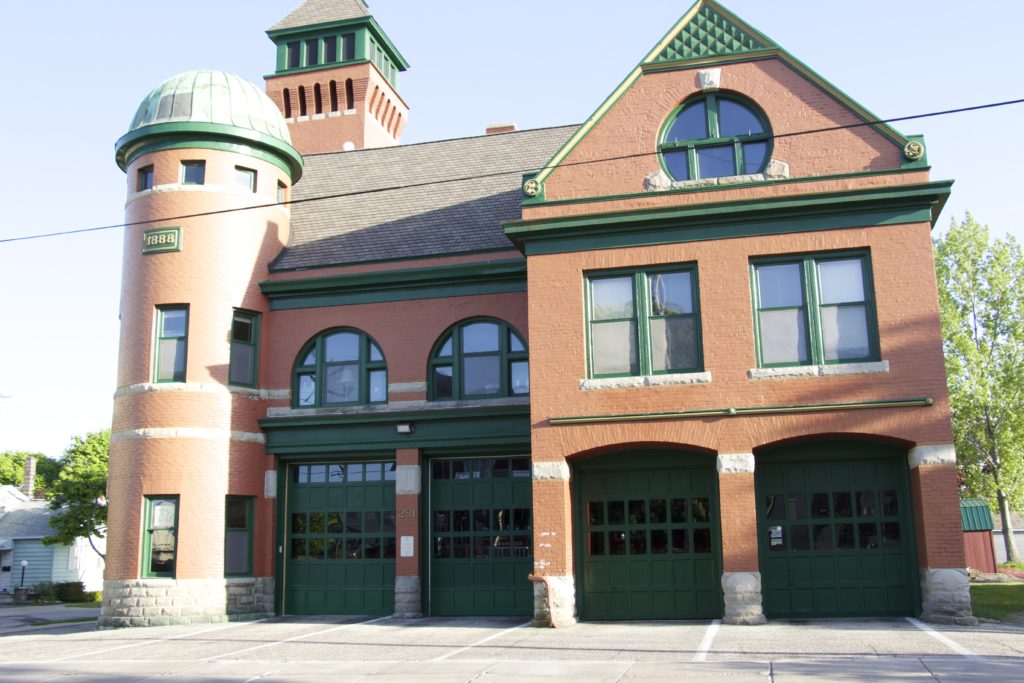 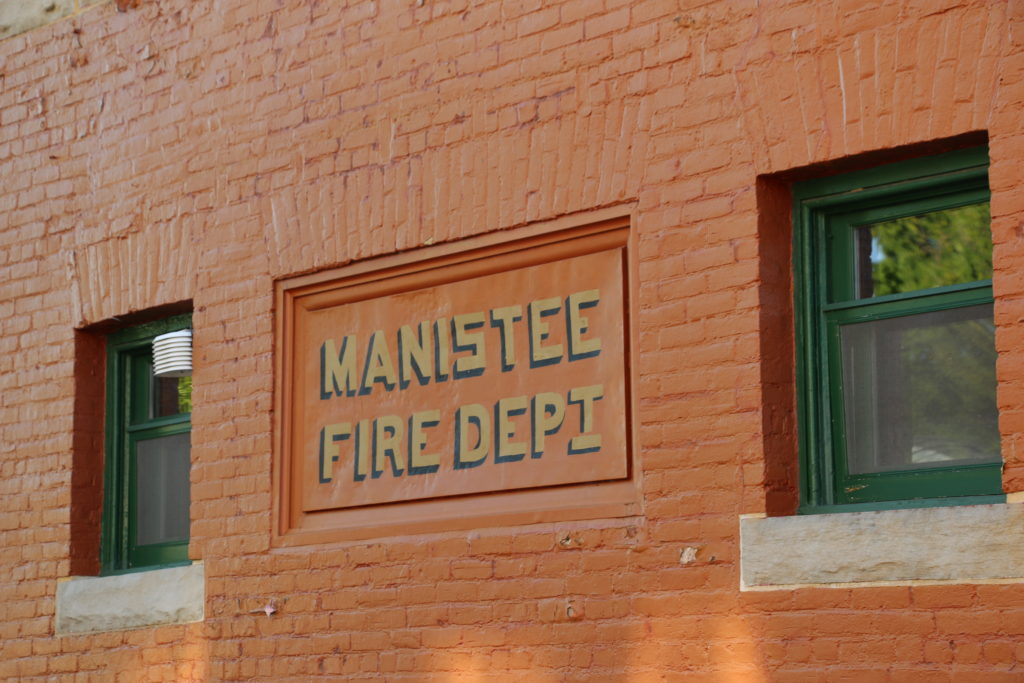 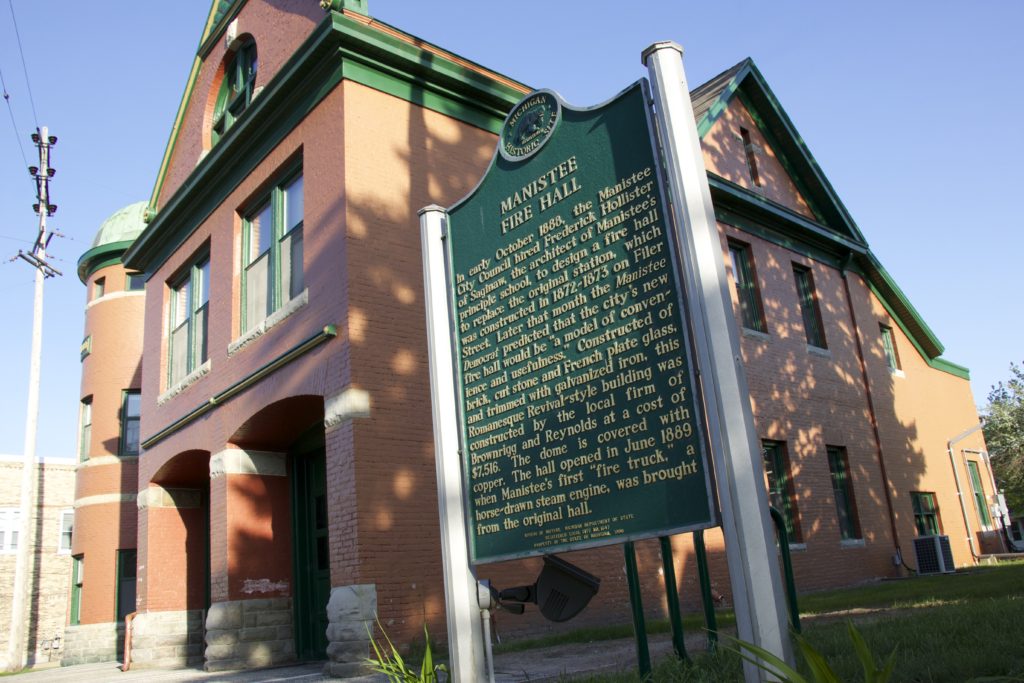 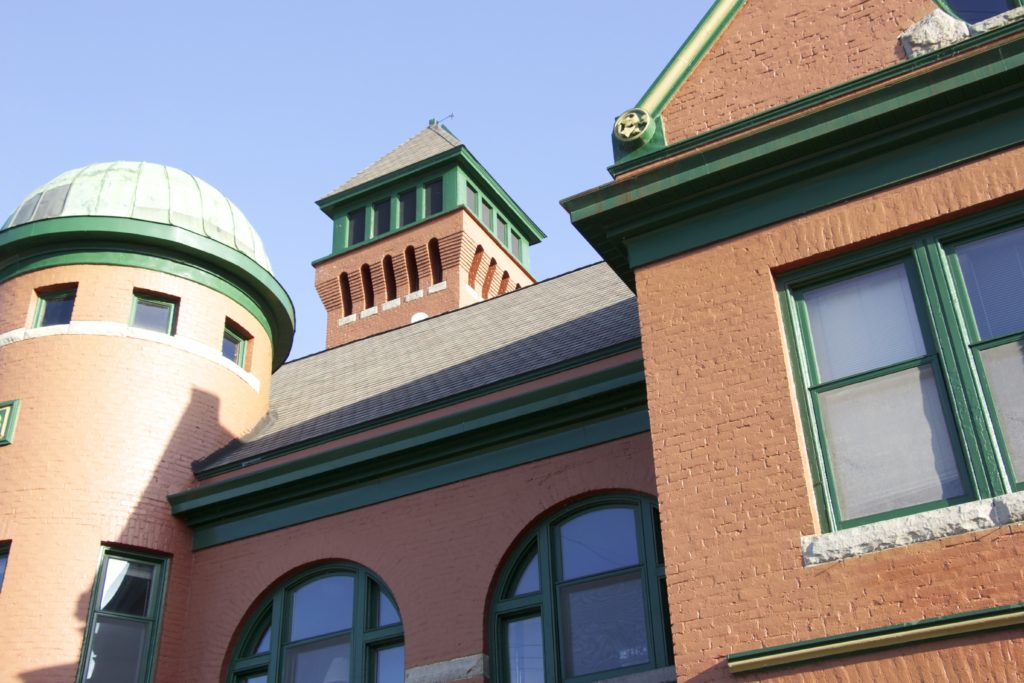 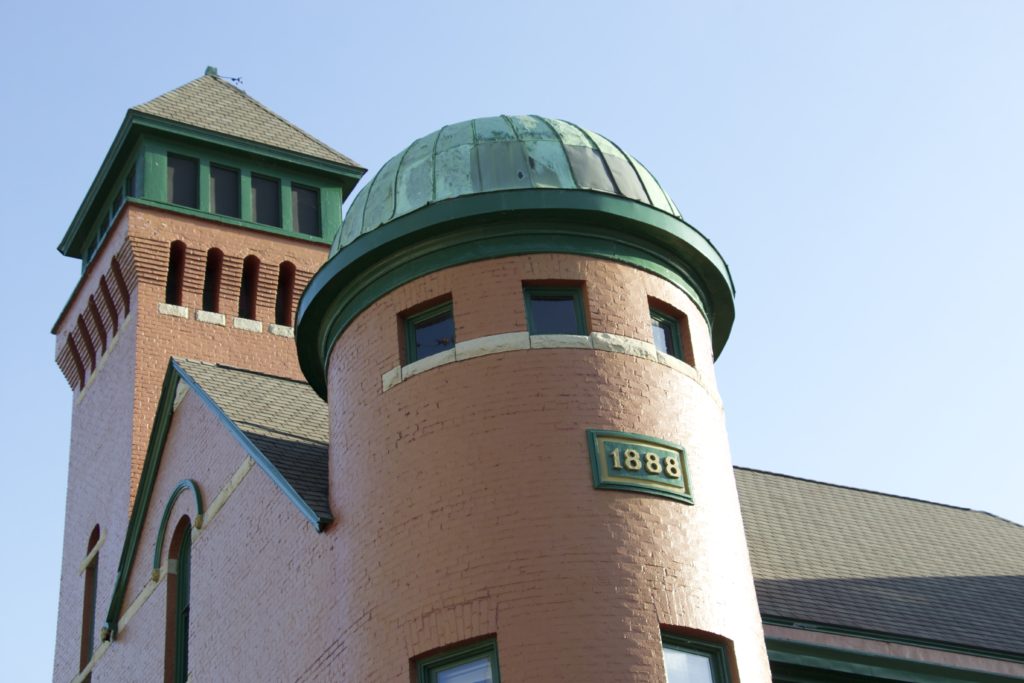 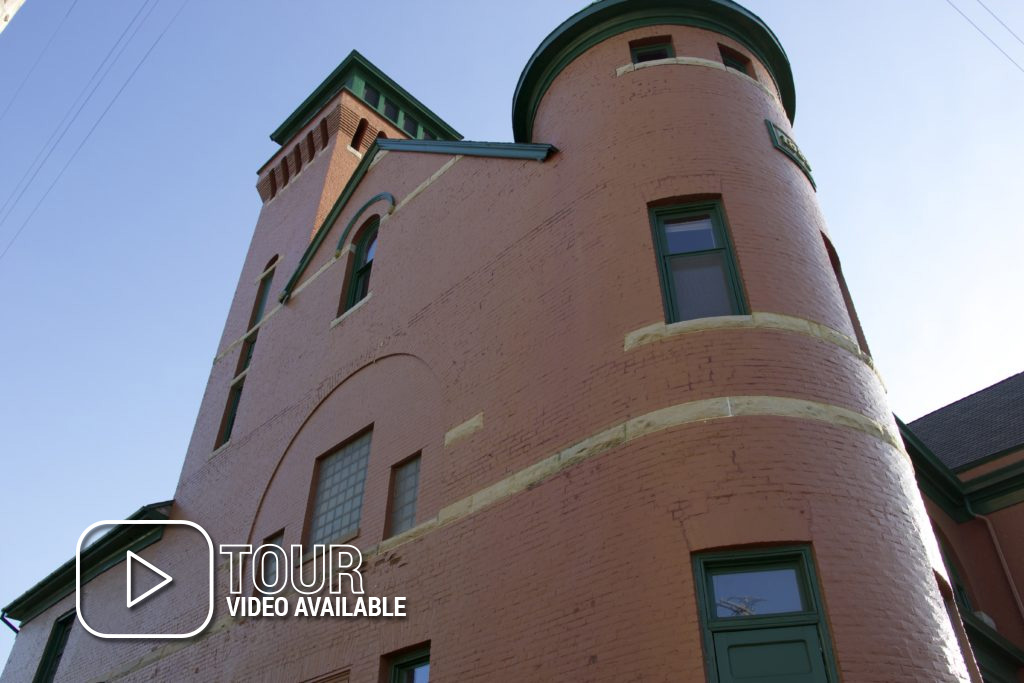 By the late 1880s, a major topic of discussion at the local city commission meetings was the need for a proper municipal building to house the fire department. To that end, a Saginaw architect, F.W. Hollister was hired to draw up specifications for a new building. In early October 1888, bids were advertised with the low bid coming from the local firm of Gore A. Brownrigg & T.N. Reynolds.

The building was completed the following spring and seems to have been occupied with little fanfare.

The two-story, pressed-brick and cut-stone structure is flanked by a a two and one half story copper domed tower. The unique structure is a cross-gabled Romanesque Revival style building and has not undergone any alterations in usage or design since it was built.

The fire hall also houses a small display, complete with artifacts and photos, on the history of Manistee’s Fire Department. It is open for tours daily except during mealtime or in an emergency.