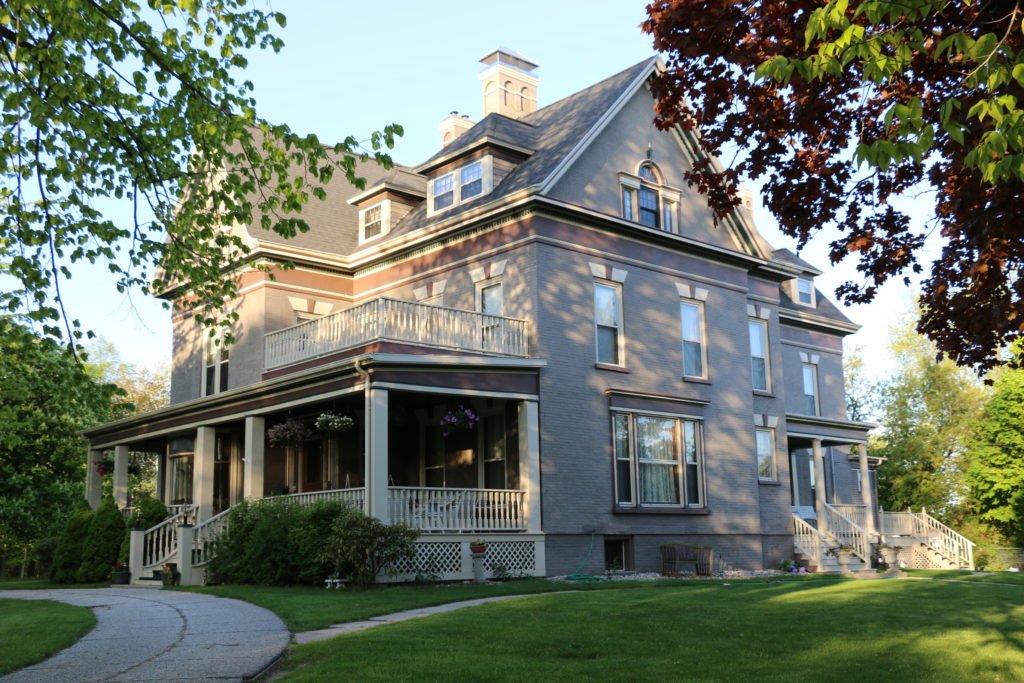 This home was originally constructed by lumberman James Shrigley in 1874. Following the summer wedding of his daughter in 1892, the home was sold to Edward Buckley, another Manistee lumberman who was enjoying prosperity. Buckley was married in 1894 to his second wife who was from Thomasville, Georgia and the home was transformed into a Free Classic Queen Anne style and remodeled extensively at a cost of $50,000 before they occupied it.

Sculptured plaster ceilings, frescoed and scenic-papered walls, marble and handsomely carved wood mantels, Venetian and Tiffany glass chandeliers, parquet floors, fine wood paneling, marble and tile baths and sumptuous furnishings and a ball room on the third floor, all combined to make the Buckley Home one of Manistee’s most well-appointed and elegant homes at the turn of the century.

Buckley’s second marriage did not last nor did a third one, and he spent many years living alone in the mansion. Virginia Buckley, his daughter from the second marriage, maintained the residence after Buckley passed away in 1927 although she used it more as a summer residence. Upon her death, the home had fallen into disrepair.

Today, two Manistee residents have purchased the home and are working towards restoring it to its former glory.