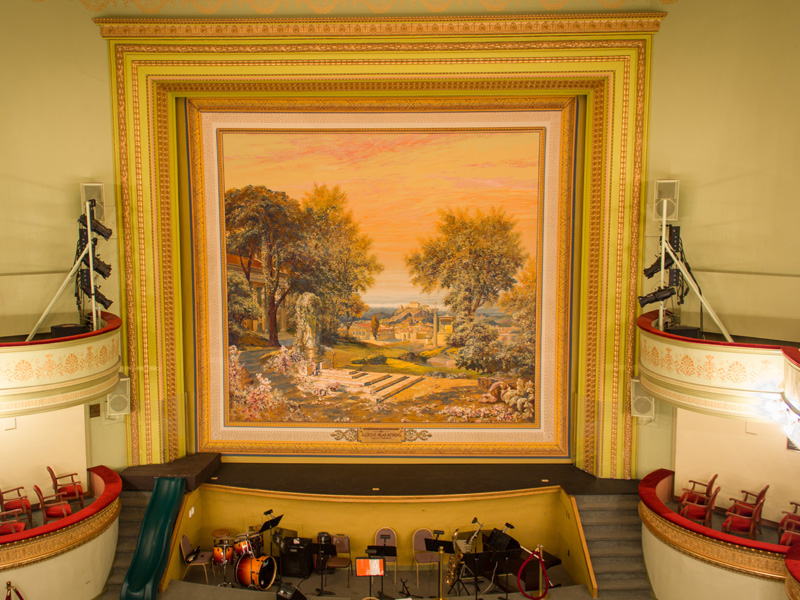 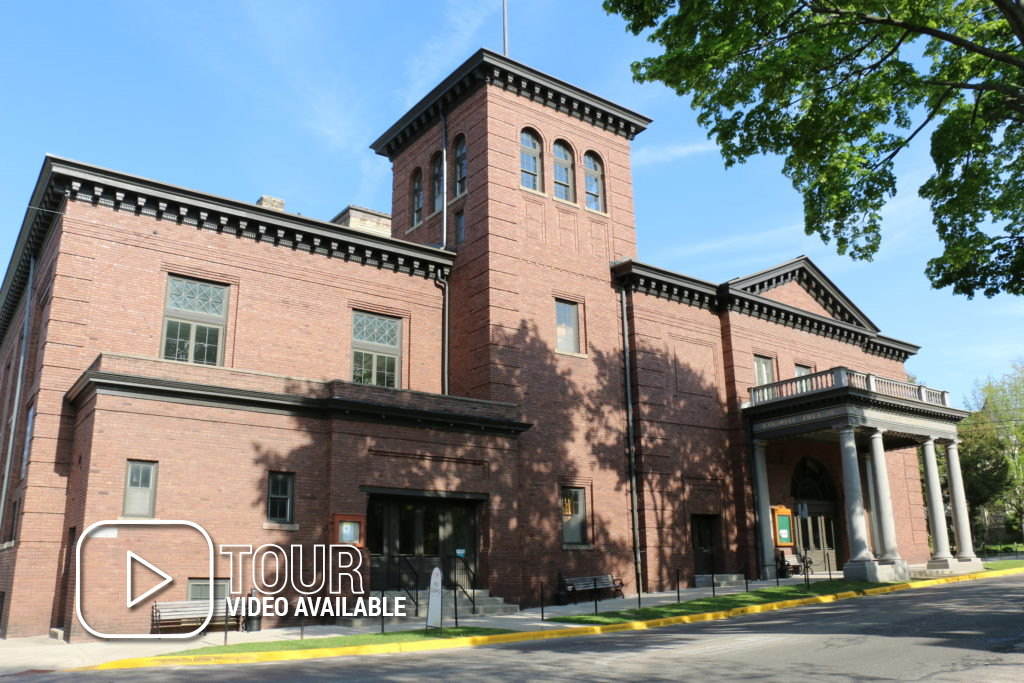 After the Scandinavian Opera House was destroyed by fire; local lawyer and philanthropist, Thomas Jefferson Ramsdell decided to invest $100,000 in order to build a new opera house on the corner of First and Maple streets.

Solon Beman, a prominent Chicago architect, was contracted to design and build this unique building which not only included a theatre but also incorporated an assembly hall as well. The theatre and hall are separated by a solid wall of masonry, making the buildings distinct from each other.

The building has six large columns supporting the portico over the main entrance to the theatre on Maple Street – a very classic Colonial design. While the hall portion of the building was completed first, the theater followed and on September 4, 1903, a full house viewed the play, “A Chinese Honeymoon” on opening night.

The most striking feature of the green and gold interior is the horseshoe balcony supported by numerous pillars that extend to the tin-plated ceiling. The interior decoration was completed by some very famous artists in their own right. Walter Wilcox Burridge, a renowned scenic painter (who did the original “Wizard of Oz” scenery), painted the front drop curtain, entitled “A Grove Near Athens.”

Frederic Winthrop Ramsdell, Ramsdell’s son, painted the two lunettes in the lobby and the lavish dome in the house, depicting Venus riding her chariot through the heavens surrounded by cherubs. The building is listed on the State and National Register of Historic Places.