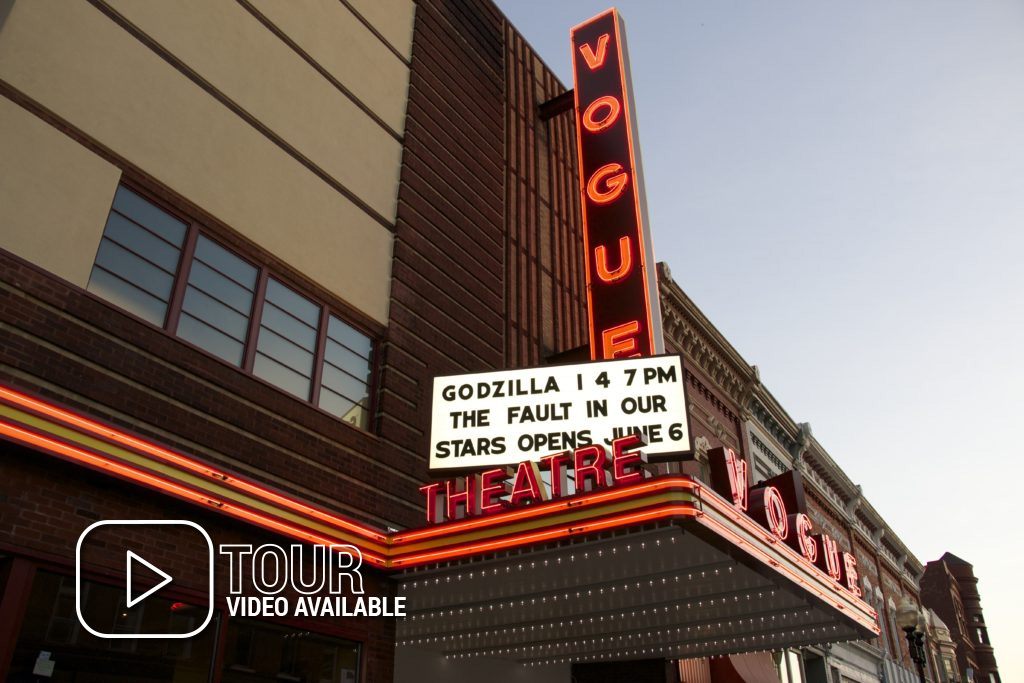 Built in 1938, in the then popular Art Deco Style, the Vogue was part of a large Midwestern chain owned by Butterfield Theaters. The 935 seat building was one of the first air conditioned in the city utilizing water for that purpose from a well near the building.

The theater continued to operate as a single screen until Butterfield Theaters sold it in 1985. That year it was transformed into a two-screen theater by splitting off the balcony portion of the theater complex from the main auditorium, thus creating a downstairs theater and upstairs theater. Over the next two plus decades the theater saw little improvement and was eventually closed in 2008.

In 2010 the Vogue property was purchased by the Manistee Downtown Development Authority and was subsequently sold at a nominal price to the newly formed non-profit, the Historic Vogue Theatre of Manistee (HVTM).

The capital campaign began in 2011, the contractor was selected in 2012 and restoration began concurrent with fundraising in October of that year.

In December 2013, the two-screen renovated Vogue, considered one of the most state-of-the-art in all of Michigan, reopened.

Despite much of the building being renovated, there are still elements that remain intact today from the original construction such as the tiled floors inside the lobby and the murals on the walls in the second story projection room.