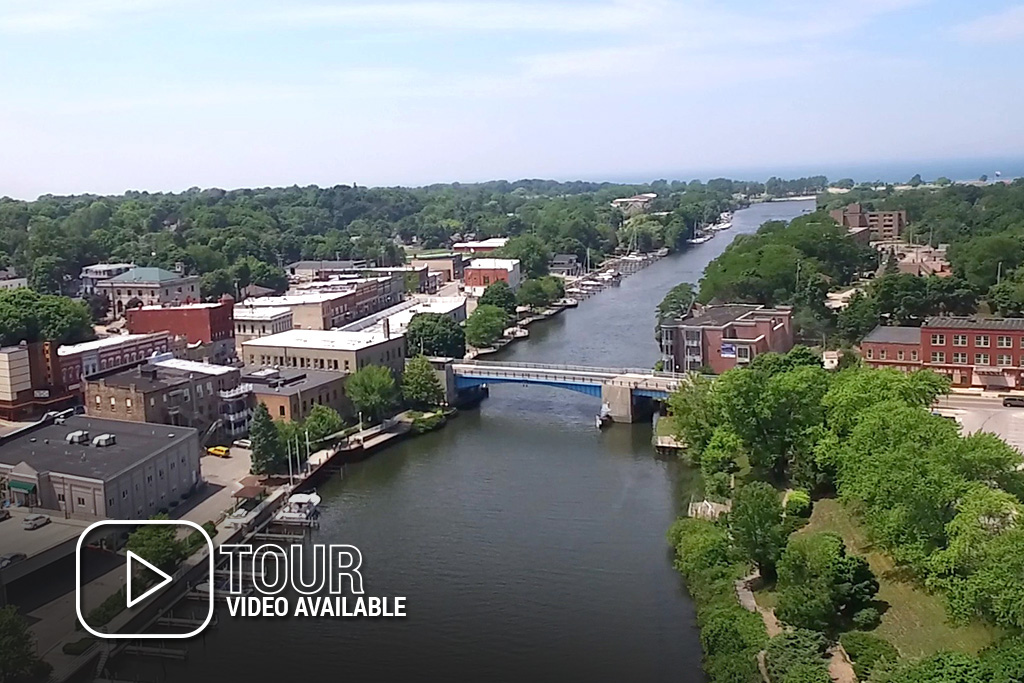 Due to a population boom in the mid-1860s it was suggested that a bridge over the Manistee River Channel be constructed on Maple Street to connect both parts of town.

While early local government officials made the decision that the construction of a bridge was beyond their means, a group of local businessmen organized the Manistee Bridge Company for the goal of building and operating a bridge across the river.

Nearly three decades later the iron bridge was deemed to be unsafe, requiring either major reconstruction or the building of a replacement bridge. In 1905, the city made the decision to go with a double leaf electric bascule bridge at a cost of $34,000.

By the late 1950s, a study discovered that the abutments of the bridge were collapsing. In 1963-64, a new Maple Street Bridge was constructed and continues to be in use today.