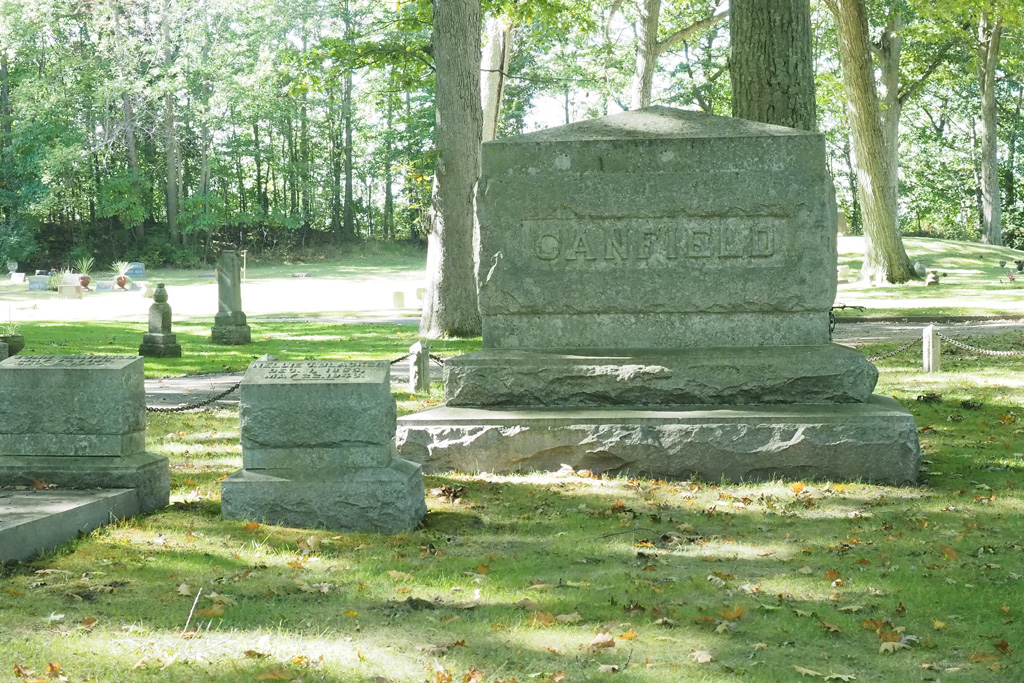 By the early to mid-1860s, Manistee was experiencing a population boom due to the number of sawmills being constructed. Along with these new mills came more jobs which in turn brought more people to the area. With the increase in inhabitants, the matter of an adequate (multi-denominational) burial ground became a topic that was continually brought up in the local newspapers.

Over the next several years a small amount of money was raised through a subscription with a chunk of land later secured near the sand dunes on the north side of the river. The name of the burial ground was called Lake View Cemetery because of its approximation to Lake Michigan.

By 1883, a new association had been organized and incorporated with a Board of Directors that included local pioneer residents such as: John Canfield, T.J. Ramsdell, John Kinsley, L.S. Ellis and C.D. Gardner. Subscriptions for the operation of the cemetery were also sought with a large portion of the subscribers being locally well known, and well off, businessmen. The new association also changed the name of the cemetery to Oak Grove.

Throughout the next several decades the Oak Grove Cemetery Association continued to own and operate the burial grounds. In 1971, a local individual purchased Oak Grove from the Board of Directors. Today the grounds of the cemetery are meticulously maintained.

Many local, prominent lumber barons and businessmen are laid to rest at Oak Grove Cemetery as are their family members. Most of the grave sites here are well over 100+ years old.