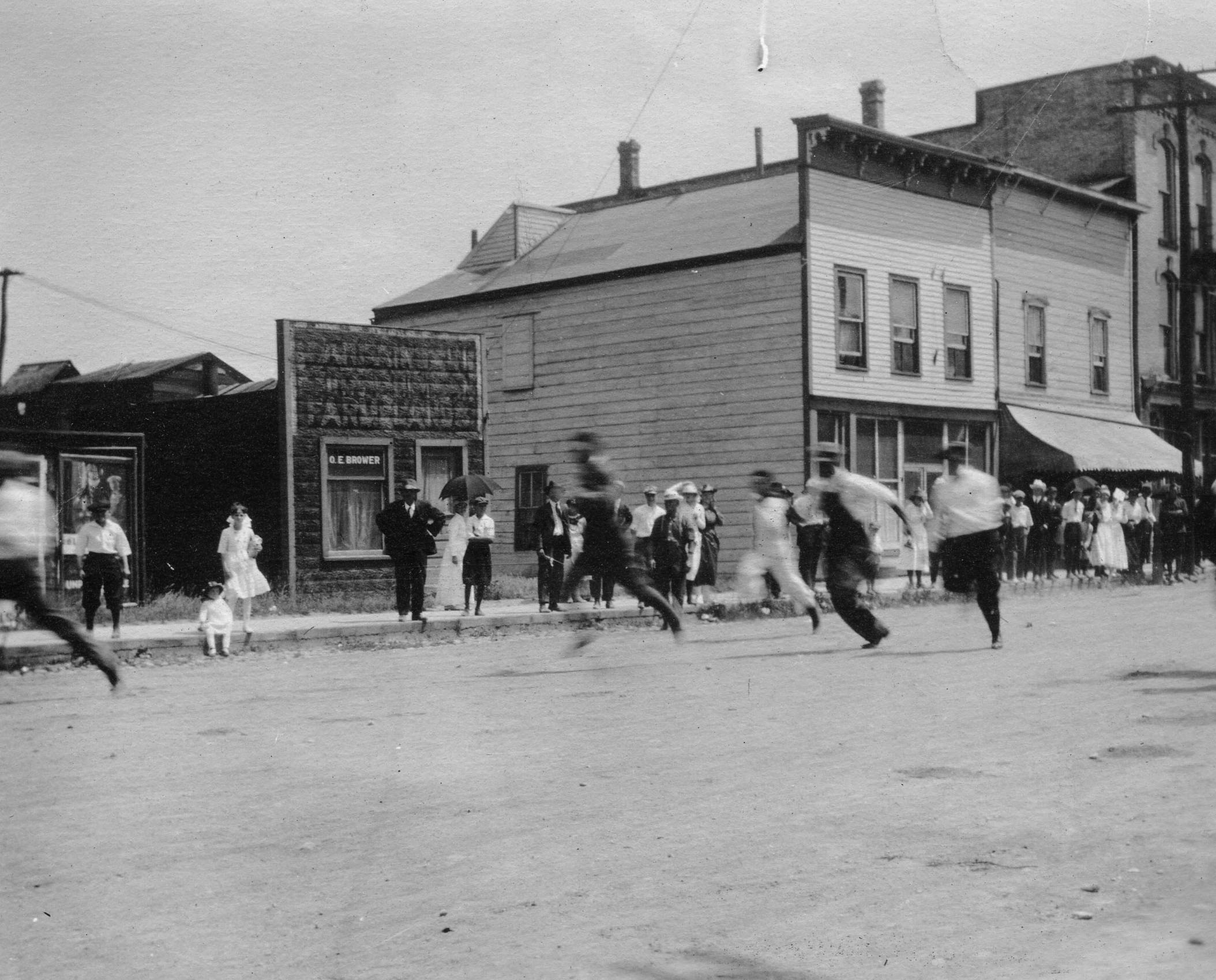 As a general rule of thumb, the phrase “Main Street” is normally given to a road in a city, town, or village that runs through a specified area where the foremost business was being done in that community. The main streets of Manistee County are in essence no different than a Main Street in any town across the United States. But with that said, what makes each “Main Street” in every town unique are the stories behind their origins.

Arcadia was laid out in 1880 when Henry Starke, lumberman and sawmill owner, platted a community which included industry, commercial, and residential areas. Originally named “Starkieville” after its founder, lumber was the primary business amongst the population of Arcadia during its early years. Eventually more factories, closely related to the lumber industry, were incorporated into the community as there was eventually a furniture factory, planing mill, and a basket factory all within the small, yet bustling, village.

Like many small logging communities, the Main Street of Arcadia during the 1880s and 1890s included boarding houses, hotels, a saloon, stables, company stores, and a blacksmith shop. As the village continued to grow, more factories and businesses such as the Arcadia Mirror Works and the Arcadia Canning Factory along with the aforementioned factories brought more people to Arcadia. Thus more businesses soon popped up in and around Main Street including an ice cream shop, restaurant, a jewelry store, a bank, and a pharmacy. While the logging days have long since passed, the business district of the village of Arcadia continues to provide a quaint atmosphere to visitors, snowbirds, and year-round residents alike. The Village of Bear Lake was originally platted in 1873 by George and David Hopkins. The name Main Street was given to the first true east/west street south of the lake for which the village gets its name. However, the commercial district steadily developed at the north of Main Street along Lynn, Virginia, and Lake Streets.

The State Highway originally passed several hundred feet to the east of the village on Russell Street.   But roughly 100 years ago it was moved to Lake Street and after that it was followed by new commercial construction along the highway. Business peaked in the decade after World War II when there were three grocery stores, a drug store (Richmond Drug), a dry goods store, two hardware stores, the feed store, a sporting goods store, and three gas stations/service stations. The Cub Theater was completed in 1947 and added to the activity on Bear Lake’s Main Street. As the decades have passed and the way of small village life has dwindled, life on Bear Lake’s Main Street has grown a little more serene. However, there are still a handful of businesses that continue to thrive in the charming Village of Bear Lake.

The Village of Onekama was laid out on the shores of Portage Lake in the early 1880s. It originally included two competing subdivisions along the State Road which ran along the lake. To the east of the lake was Brookfield with the commercial area along First Street. Adjoining to the north and west was the plat of Onekama with the commercial street appropriately named Main Street.

As Main Street and the surrounding area developed, Onekama’s commercial district was built all along the present highway. As the years passed, hotels, restaurants, hardware stores, pharmacies, etc. began to pop on Main Street. In addition, the businesses that peppered the street normally saw a large uptick during the spring and summer seasons as Onekama’s location made it a natural draw for tourism starting in the early 1880s.

By the early 1910s, the State Road, today’s M-22, developed into an important branch of the West Michigan Pike, a region-wide promotional effort to bring tourism from Chicago to Mackinaw City. As such, tourism along the Pike doubled each year for several years and along with it the businesses on Main Street.