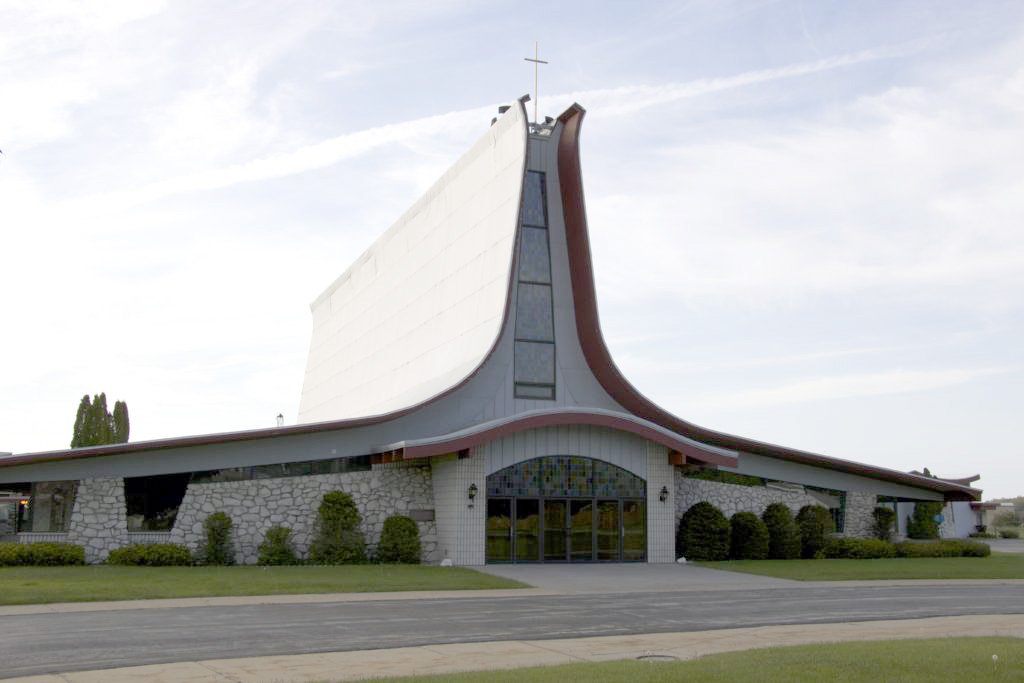 Designed by James H. Livingston Associates of Ann Arbor and Father Anthony Bourdow, the sanctuary structure was designed to follow the form of praying hands with the hall to the north following the form of sand dunes that were so prevalent on the north side of the city.

Construction began throughout the summer of 1961 but received a big setback when in November a number of the laminated beams were blown down and had to be replaced. The first mass in the new church was said on August 26, 1962. On July 14, 1963 the church was dedicated as Our Lady of Mount Carmel Shrine. Varnished wood was contrasted with natural stone throughout the church, parish hall and rectory.